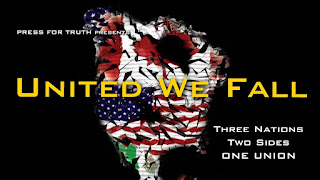 A film by Bryan Law and Dan Dicks "United We Fall" is a documentary
about the North American Union that is being developed right now between
Canada, the United States, and Mexico. For years this topic has been
debated in the news and in political circles as being a possible future
for North America. In recent years, the mood has shifted and a rift is
developing between those who want a Deeply Integrated North American
Community, and those who wish to retain their national sovereignty. This
film takes a look at both sides by interviewing both insiders and
activists who have been at the heart of this heated debate. The film
also looks to the broader agenda of building a world government and its
implications.
Featured Interviews:
Robert Pastor (Council on Foreign Relations)
Allan Gotlieb (Trilateral Commission, Bilderberg)
Herbert Grubel (Creator of the "Amero")
John Manley (President of the Canadian Council of Chief Executives)
Luke Rudkowski (We Are Change)
Dan Dicks (Press For Truth)
Vijay Sarma (Political Activist, Independent Journalist)
Dr. Andrew Moulden (Canadian Action Party)
Richard Syrett (Talk Radio Host)
Publicado por Jose en 15:46 No hay comentarios: 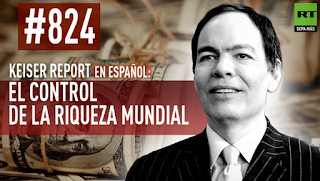